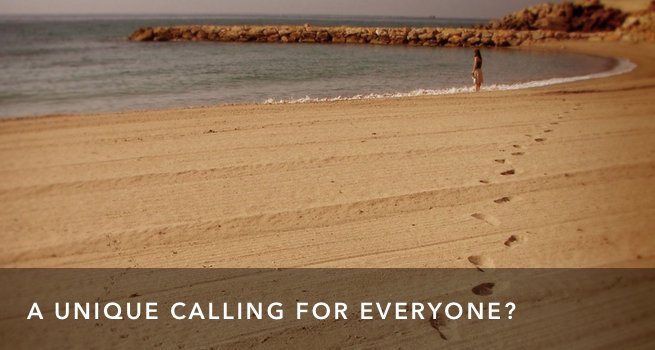 My vision is changing. It happened suddenly. If I’m sitting on the couch looking at my computer screen and I look up at the TV across the room, I can almost hear the gears slowly racheting as the image comes into focus. Whirrrr. Click. Sputter. My machinery is getting old.

Seeing the focusing process unfolding like this, something that used to happen instantly, something I’ve taken for granted, reminds me of another vision problem.

When we’re used to seeing something in a certain way, it can be difficult to see anything else. I’m talking about perspective now, not vision. It’s a kind of blindness. We’re so sure of our view that we miss things, things that might be obvious if we could see differently.

As my eyes age, so too has my perspective. I’m seeing things differently than I used to. It’s a disconcerting experience, at times fuzzy, when the new things come into focus. Especially for someone raised on a diet of certainty.

This week I was reading the Gospel of Mark. I was hungry for something simple, a little home cooking. My intellectual and spiritual diet has been getting a bit theoretical, a restaurant menu gone too gourmet, full of self-conscious techniques and trendy molecular gastronomy.

Like I said, I’ve needed some meat-and-potatoes. Well, I’m vegetarian, so maybe it was beans I needed. Anyway… I read some of Jesus’ words. Words I’ve heard since childhood. Words that have always had a clear meaning to me. But my perspective has changed, and this time somethign different came into focus. Whirrr. Click. Sputter.

Stop that; You Need to Fish!

Jesus is walking along the rocky beach, and he sees some fishermen hard at work. A couple of them were throwing a cast net in the shallows. A little further down the strand a couple more were sitting in their boats, fixing broken nets.

Jesus walks up to them, and in this incomprehensible moment (Did he know them? Did they know him? Were they already planning to leave their business? Seriously? Who just drops everything on the beach?) asks them to follow him. His exact words: “Follow me, and I will make you fish for people.” The version of the Bible I grew up gave the new hires a title, “fishers of men.”

In the community I grew up in the meaning of this title was clear. They were evangelists.  Jesus called these guys to be “fishers of men,” to get others to follow Jesus. Not only that, but this calling was universal. What Jesus said to the four men on the beach was the same thing He wanted to say to me. “Stop doing what you’re doing; come follow me and fish for people.”

As I read these old words this time, my vision was a bit fuzzy, and I saw something different I’d never seen before.

I will make you fishers of men?

It’s not new information. It was always there in the text, but I’d not seen it before. It’s not a change to Jesus’ words. But maybe it changes Jesus’ meaning.

See, the men on the beach, they were fishermen. I mean, that was their occupation. It’s what their dads had trained them for. Fishing was their discipline, by gifts and passions, maybe. By circumstances, surely. It’s what they did.

You say, “Sure, Marc. That’s not anything new.” I say, “But wait? Doesn’t that make a difference?”

See, Jesus was talking to fishermen. So when he said, “Follow me and I’ll make you fishers of men,” he was speaking their language. Now I grew up learning that this was a convenient metaphor that Jesus used, one we can all apply it ourselves. Follow Jesus; Become a Fisher of Men. Our universal calling.

That doesn’t seem all that different of a focus to you? Follow me for a moment. Maybe Jesus wasn’t saying that the universal invitation is for all of us to become “fishers of men,” with whatever connotations that phrase has for you. Maybe Jesus was saying, “Follow me, and I will take who you are and what you do, and I will put it to Kingdom use. Instead of using your gifts and passions and marketplace skills for your own benefit, I will help you use those gifts to bless others.”

What if the people standing on the beach had been architects, or accountants, or nurses? What if they had been teachers or writers or musicians? Would Jesus have still used the same invitation?

Reading Mark 1:17, I wonder if maybe Jesus would have had a unique invitation for each person.

What’s the most important job?

Here’s why this matters. I grew up in a community, as did many Christians, where the classic picture of evangelism was seen as the highest calling. This was the most important job you could have. They were the ones who really had given up everything to follow Jesus. They lived on the support of others who weren’t so lucky, and they spent all their time inviting people to follow Jesus.

Most of us couldn’t be full-time evangelists, but we were still encouraged to wedge this behavior into our lives in any way we could. Maybe we had to earn a living, but in our spare time and lunchtimes, we could—if we were serious about Jesus—try our hand at fishing for people. Regardless of our gifts or skills or personality.

But maybe this isn’t what Jesus meant. Maybe Jesus invitation was simply this:

Stop doing what you’re doing for your own gain and benefit. Follow me, and I’ll help you use your gifts and abilities to bless the world. I’ll help you put others first so you can be a part of bringing my Kingdom to life in the world.

Now, I know there’s more here. The disciples didn’t go on to literally fish for Jesus. They really did interact with others in a whole new way. The invitation is still a metaphor. But maybe it’s not about changing into something you’re not, but rather stepping into the fullness of who you already are. Certainly it’s a chance for some of us to lay down the old “reel-em-in” picture of evangelism and see a more unique calling.

It reminds me of Colossians 3:23.  Whatever you do, do it enthusiastically, as something done for the Lord and not for men.”

“Follow me and become designers, accountants, writers, bricklayers, CEOs, for the kingdom, using your unique gifts and skills to reach people.”

Previous: You Delight the Father. Be Free.
Next: Who is in charge of your brain?

12 thoughts on “I will make you fishers of men. Really?”