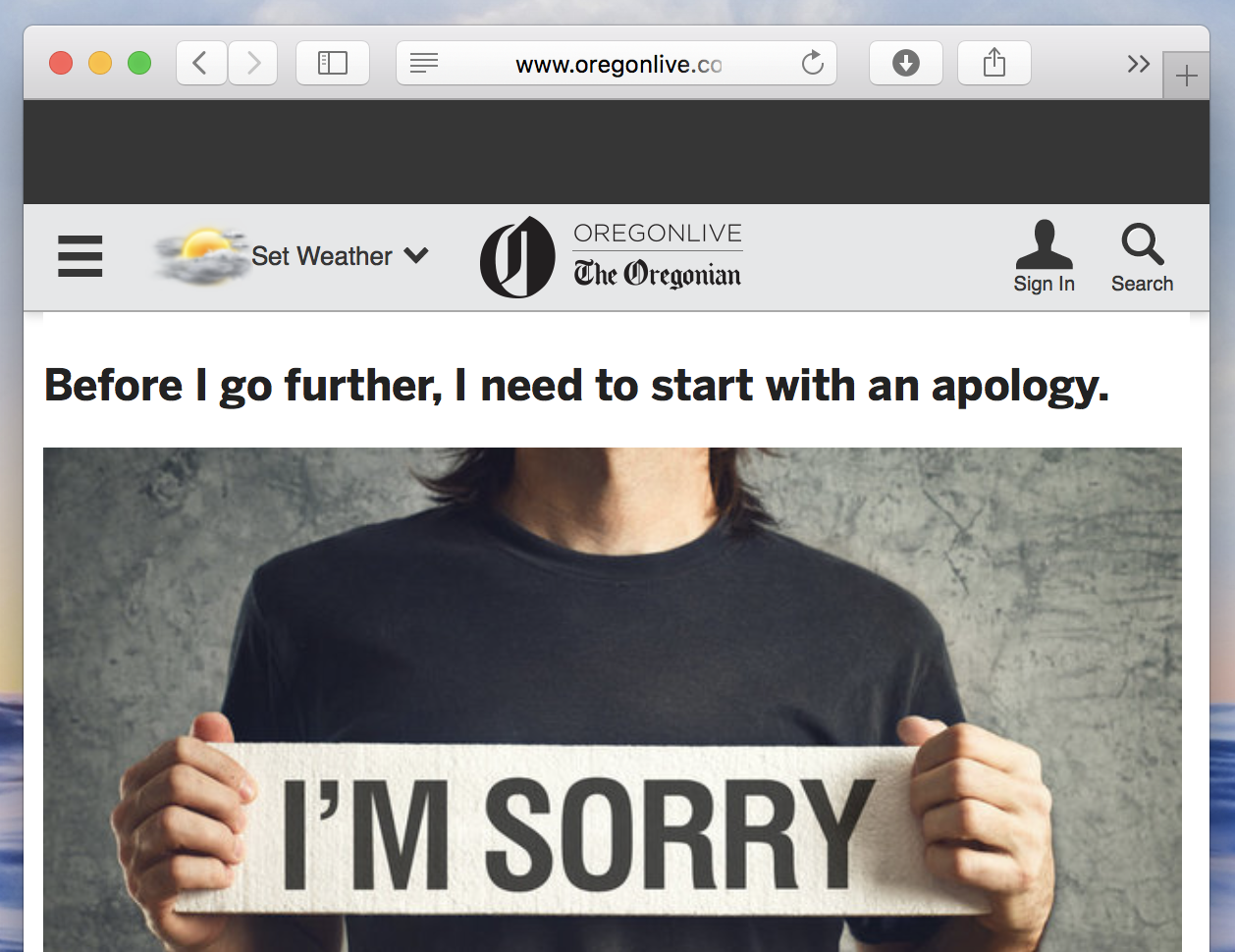 As I mentioned, I’ve been invited to write at OregonLive, the online outlet for the Oregonian. My writing over there is meant for the Posts-, Nones, and SBNRs out there[note “That means Post-Christian, or folks who select ‘None’ on surveys asking for their religious affiliation, or who think of themselves as Spiritual-But-Not-Religious.”] I’d love to have you hop over and check it out. Share it with folks in your circle who might be encouraged, OK?

Here’s a teaser of this 2nd post, the start of a series.

Have you come across the story of the Reed College Confession booth? It’s intriguing. Some Christian college students at Reed College, one of the most liberal colleges in the country, were trying to figure out a way to participate in the end-of-term Renn Faire. This raucous celebration was notorious for exuberant anarchy and debauchery, as the students let off steam. These Christian students wanted to be present, not as opponents, judging from atop a moral high horse, but finding some way to serve and connect.

The Confession Booth was a paradigm shift for many. It ended up having profound influence beyond Reed’s Renn Faire. You can read one of the participants, Tony Kriz, telling of the story here. It’s worth your time.

As I begin posting here at Oregon Live, speaking to a much wider community than I do as a Christian pastor, I want to follow the lead of these college students and build a confession booth of my own.

Previous: The person who knows your spiritual state best is your neighbor.
Next: What’s God’s purpose for personal growth?