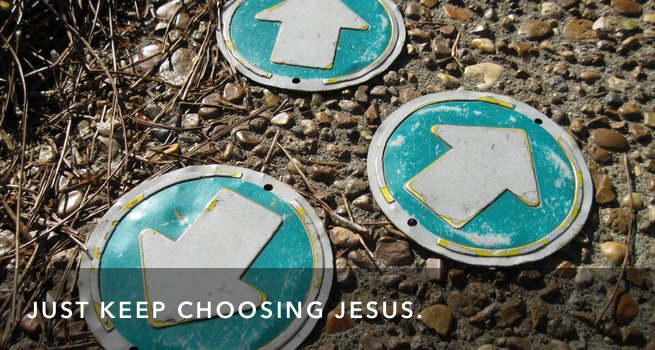 I’m studying through the Gospel of John. I’m taking special care to go slowly. These are stories I know well. In my familiarity, I’m liable to rush past the text to the interpretation I already know. So, as I read I was working slowly through the text, considering each verse carefully.

Early in Chapter 2, Jesus began his public work with the lavish miracle at Cana, turning water into wine. In the context of the chapter, it seemed clear that this wasn’t Jesus performing a party trick to impress.

He was taking a symbol of the old system, the water of ritual purification, and turning it into something else. Wine. Was it a symbol of joy? A reflection of generous provision? Of course, a symbol of the spilled blood of the new covenant. No longer would people depend on daily ritual washing to make them clean before God; that washing would be accomplished permanently in Jesus’ death.

But as I read through the account, I noticed a sentence at the end, a sort of summary that could easily be passed over. Verse 11:

“What Jesus did here in Cana of Galilee was the first of the signs through which he revealed his glory; and his disciples believed in him.” – John 2:11

Jesus did this in Cana. It was the first sign. It revealed his glory. Yep. But then that last phrase: “and his disciples believed in him.”

Wait? What? His disciples? Didn’t they already believe in him? Isn’t that why they were his disciples?

Hadn’t they believed yet?

To me, believing in Jesus and following Jesus are tied up together. Like my youth pastors always said: Believe in Jesus and follow him. Make that choice to trust Jesus with your life, let him into your heart, and then follow. Believe and then act on that belief.

But what’s going on here? The disciples were following Jesus (literally!) and yet this verse says that it was when they saw Jesus do this sign that they believed.

Quickly, I flipped back through the text.

Jesus’ first disciples (in John’s gospel) checked out Jesus on the basis of John the Baptist’s recommendation. They spent the day with him. Andrew told Peter, his brother that he better come along too since they thought they’d found the Messiah. They followed then—on the basis of the recommendation of a friend, and hope in God’s intervention in their lives.

A little later Nathaniel made a theological declaration: Jesus was the promised Messiah! But Jesus said that declaration was only because he had done something Nathaniel thought impossible. There was something yet to mature in this statement of belief.

It was only at the miracle in Cana that the text says the disciples believed. The NIV puts it this way: “He thus revealed his glory, and his disciples put their faith in him.”

But the story doesn’t end there. The next scene is Jesus entering into the temple, where he brings a stop to the sacrifices by scattering the money changers and animal sellers. This is a news-making moment. The talk of the town. But there’s another easily overlooked verse at the end of the scene. Verse 22.

“After he was raised from the dead, his disciples recalled what he had said. Then they believed the Scripture and the words that Jesus had spoken.” – John 2:13-25

What? Wait?! After all of that? They still had believing to do?

Believing more than once.

I find this to be incredibly encouraging. The modern Evangelical narrative is an easy one to misunderstand. We’re lead to think of belief in Jesus as an all-or-nothing, one-time decision. At the altar call, at summer camp, at our baptism, or some other spiritually significant moment, we place our trust in Jesus. We give him our whole lives. Then, that’s it. We believe. Now our work is to walk that out.

But these two little throw-away sentences in John 2 suggest a different picture, one that seems more like real life to me.

They could make loud, barreling doctrinal declarations about Jesus, but even those brave moments weren’t complete. Even at the moment when you surrender to a new belief, you do not know how that belief will shape you or how it will be tested. So, on the one hand, you believe it!  Yet, you don’t really know what you believe, not in a deep way. That takes time and experience and testing.

Perhaps this can take some of the weight off as we evaluate ourselves. Even the disciples, who had the privilege of walking with Jesus in the flesh, had to believe and believe again.

Maybe God never was asking us to make a single, all-encompassing, choice to believe. Maybe God has been asking us to trust one day at a time.

We’re invited to choose for one day to follow Jesus. In that one day, we can come to know Jesus more. Then in those moments where we understand better, or see Jesus at work, we choose to believe again. Maybe believing deeper this time. Maybe believing with more clarity. Maybe believing with a deeper emotional attachment. Maybe just reminding ourselves once again of the loadstone that draws our compass forward.

Yes. This is Jesus. This is the One I follow. I trust Him.

When the Hebrew people wandered in the desert, God sustained them with bread from heaven, the Manna. He only ever gave them enough for the next day. Their trust was very basis: God is going to get us through today.

Jesus is the bread of heaven for you and me. Perhaps God is operating on this same principle with us. Trust Jesus enough to make to tomorrow. He will meet you there, where you’ll have the opportunity to choose again to believe.

Previous: Jesus Invitation? Not so hard as you thought.
Next: Weekend Wisdom / How to Read the Bible with Jesus as Your Lens, Part 1

13 thoughts on “Believe again and again.”