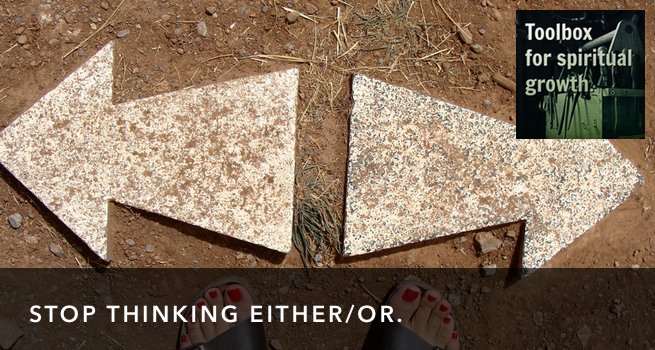 Make those sorts of claims, and someone is going start asking how you know. How can trust the Bible?

A member of my church expressed this issue perfectly. She put it this way:

“Not having been raised as a Christian…I have difficulty…understanding how so many different stories, written by so many different people, were agreed upon and chosen by a select few people who lived almost 2,000 years ago and then suppressed, subverted, and translated in so many ways over the years can be considered 100% accurate, true, and contextually relevant.”

You may have the same concern. When someone voices this question, a lot of Christians, certainly pastors, start getting fidgety. Some seem to suspect that Christianity will start falling apart if the Bible is questioned too closely.

Yet, if you’re committed to looking honestly at the Bible, this is the sort of question you have to face.

Just how involved was God?

This question gets at something theologians call Inspiration. Simply put, Inspiration is the theological label for the extent to which God was involved in the formation of the Bible.

One one end of the scale is the 100% Inspiration view. “The Bible is a fully divine document.” There are variations on this, but the simple version is God dictated every word of the Bible as written in the original manuscripts. Because God determined every word, the Bible is a single monolithic whole, without error, infallible and fully inspired. Because God was the only author who carefully controlled the writing and transmission of the Bible, it’s easy to trust the Bible completely.

Then there’s the opposite view. 0% Inspiration. “The Bible is a fully human document.” In the most positive case, someone with this view might concede that the Bible is an important cultural, historical document containing some helpful (and many hurtful) things. The most negative view? The Bible is a conflicting pastiche of old writings, cobbled together by men with personal agendas seeking power. God was not involved in any way. Of course, people with this view don’t trust the Bible at all as a source of knowing and hearing God.

Practically speaking, most people fall somewhere between these two poles. Regardless of how they label themselves, in practice they relate to some parts of the Bible as as inspired and other parts not.

Is there an opinion on this inside the Bible?

Can we find anything within the Bible addressing this? This is a big topic that extends far beyond the reach of a single blog post, but as a start, let’s check out a few key passages. (Oh, and if you grew up in church and think you know what’s coming, hang tight… )

All Scripture is inspired by God and is profitable for teaching, for rebuking, for correcting, for training in righteousness, so that the man of God may be complete, equipped for every good work.

All scripture is inspired. That word literally means breathed out by God. That means all of it is important and useful.

For I assure you: Until heaven and earth pass away, not the smallest letter or one stroke of a letter will pass from the law until all things are accomplished.

First of all, you should know this: No prophecy of Scripture comes from one’s own interpretation, because no prophecy ever came by the will of man; instead, men spoke from God as they were moved by the Holy Spirit.

This verse claims that prophecy in scripture didn’t come from human plans, but that these words were directed by God.

These three passages (and there are others) support the 100% end of the scale, the Bible is fully divine. Lots of Christians head in this direction.

But it’s also not the whole story.

Just before that “no prophecy came by human will” comment, 2 Peter says something else. Verse 16.

For we did not follow cleverly contrived myths when we made known to you the power and coming of our Lord Jesus Christ; instead, we were eyewitnesses of His majesty.

The author is claiming that the words they wrote were not made up, but were in fact eye-witness accounts. That’s not the only spot where we hear this perspective. The preface of Luke’s gospel makes a pretty incredible claim about scripture.

Many have undertaken to compile a narrative about the events that have been fulfilled among us, just as the original eyewitnesses and servants of the word handed them down to us. It also seemed good to me, since I have carefully investigated everything from the very first, to write to you in an orderly sequence, most honorable Theophilus, so that you may know the certainty of the things about which you have been instructed.

Luke claims that someone travelled around like a journalist gathering eyewitness accounts. Not only that, but that someone took those accounts and assembled them together in an orderly sequence. That’s the work of an editor! In this passage you have eye witnesses, you have someone doing investigation gathering the stories those eye-witnesses remember, and someone else editing it all together into its final form.

These two passages (and there are others) move the scale back toward the fully human side of the equation. People, real people, with real cultures, real perspectives, real failings, were involved in the writing of the Bible.

So, it seems texts in the Bible claim both things are true—the Bible is a fully Divine book and it’s a fully human book.

If that sounds crazy, or contradictory, I can see why. Yet it’s not a new concept in the Bible. There’s something else in the Bible that is claimed to be both fully human and fully Divine. Any guesses?

There are passages of scripture saying Jesus is fully God. Jesus said, “If you’ve seen me, you’ve seen the Father.” (See John 14:8-11)

Colossians 2:9 says, “For in Him all the fullness of Deity dwells in bodily form.” Basically, all of God that could fit into a single human person was present in Jesus.

Yet in Hebrews 2:17  we’re told that Jesus was made like us in every way. The Gospels portray Jesus as getting tired, showing human emotions, needing to eat, and ultimately even being killed.

Hold all that in your mind for a moment: All the power and authority of God. All the weakness and frailty of being human. A paradox for sure. Yet, scriptures make both of these claims. Theologians call this the Incarnation.

Instead of trying to land on the spectrum of inspiration somewhere between 100% and 0% inspired, consider a third way, something not even on that line.

The Bible is a product of Divine guidance. The people who wrote the words were led by the Holy Spirit (See 2 Peter 1:21). Those words were written for a divine purpose, to make us wise for salvation, and to instruct us. (See 2 Tim. 3:15-16) Those words give us God-led discernment and judgement. (Hebrews 4:12) They provide light, direction and truth for us from God. (Ps. 119:105) These words provide spiritual food that keeps us alive. (Matthew 4:4).

But the Bible is also fully human. God did not take over the writers, obliterating their personalities. Real humans, with real stories were intimately involved in writing, editing, and conveying the words to us. That means the historical and cultural context of the words matter. In fact, it means that the historical and cultural context are a part of God’s inspiration, because that is where and when God chose to inspire the writing of scripture.

With the original scale of inspiration, the 0 to 100 thing, there are problems.

Someone who believes that every single word is perfect and inspired cannot honestly look at the variations of texts, difficulties in translation, and the winding path those documents took to ultimately be assembled into the Bible we have today, without having their faith threatened. They have to contrive explanations about how those things aren’t true or didn’t matter. Someone who believes that the Bible is nothing more than a hodgepodge of human documents can’t see through that mess to any kind of faith at all. Where is God in that mess?

But this third way, an incarnational view of scripture, has neither of those problems. The Bible can be a divine document, carrying God’s intention and useful for God’s purposes in our lives, while at the same time embracing the kaleidoscopic and very human story of how the Bible came to us today.

The most interesting thing about this incarnational view, which may be so uncomfortable for some (even maybe for you), is that this is exactly what we allow for God’s work in our lives. Think about this.

Romans 8:28 becomes the guiding scripture for us. “We know that all things work together for the good of those who love God: those who are called according to His purpose.” This verse tells us that God can take any circumstance in our lives, even our frailty and weakness, and through the outpouring of grace, turn those things to good purpose.

Much the same has happened for the Bible. It’s a crazy story, how words written by so many different people, in so many different places, responding to so many different circumstance could over centuries make their way to us. This winding path crossed geography, the barriers of language and culture, to land finally on your bedside stand bringing you a message from God’s heart.

Instead of the Bible’s complicated story being an obstacle to your faith, it can be a stunning miracle of God’s grace. That Bible on your shelf, it’s a leather-bound example of God working through impossible circumstances to bring all things together (even weird things, questionable things, and broken things) for God’s good purpose in your life.

Previous: Quote – What a Man Loves
Next: Quote – How Offendable Are We?

2 thoughts on “Is the Bible human or divine? The problem is in your either/or question.”