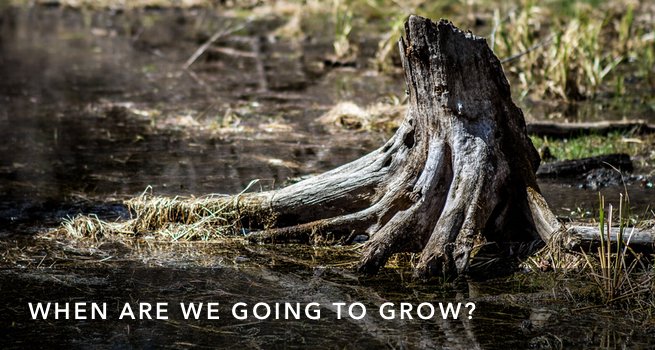 I have an ambivalent relationship with my religion.  Maybe you do, too?

I’m a follower of Jesus.  Like it or not, I’m part of the tribe called Christian. Many days I don’t like it much at all.

Don’t misunderstand me. I love Jesus and the people of Jesus. I even love the church. Most days… (If we’re in agreement on what we mean by the word “church.”)  But I’m torn.

So what is it that makes me wince?

It’s probably not what you think.

Unlike some, I’m not troubled by the idea of sin and salvation. I’m intimate with what the old preachers called “self-righteousness.” I can turn any good thing into a way to feel better, stronger, more right or more spiritual than you.

Trying really hard to be more loving hasn’t changed me much.  The moment I pull it off, I feel that special inner warmth. “See, I am a wonderful person!”  This haunting attitude is not going away on its own. The Christian story that we are in need of a Savior makes sense to me, quite viscerally.

The Bible is another stumbling block for some. There are messy and violent parts. Paul (and the whole 1st century) had a difficult relationship with women. There are nagging questions about authorship, and dates and translation. For some people these questions are deal-breakers, but I’ve grown comfortable with the tension.

Where I grew up, literal inerrancy was the standard. The Bible was perfect, without error in any way. Then I spent a lot of time with college professors who tried to deconstruct everything.  I got caught up in this debate until something occurred to me.

Only a weak, inflexible God would need scripture to be a single monolithic whole pointing uniformly in the same direction.  A cosmic Vice-President for Human Resources might write it that way.

But a God whose entire gig is redeeming the broken, who allows history to unfold along the twisting pathway of free will, weaving all the threads together toward ultimate restoration, that God is quite capable of working with a jagged, multi-faceted scripture.

So oddly enough, I believe the Bible is exactly what God wants it to be. It enfolds differing perspectives, stories of the natural world from a pre-scientific point of view, scandalous episodes, a few questions without answer, and ancient perspectives that are clearly culturally informed, all while perfectly serving God’s purposes.

Neither does church history derail me. It’s awful, don’t misunderstand.

Predictably, the church has a long-time crush on power and will marry it almost every time it gets the chance. Without fail this leads to marginalization, oppression, and abuse.

It makes me sick. But history says this isn’t unique to the church. It’s what humans do. See my initial comments about sin.

Wherever some powerful cleric prostituted his gold cross for personal gain, there were also faceless, nameless followers of Jesus walking another direction.

Under a splintery cross of self-sacrifice, they gave their time and hearts to hold back disease, fight for justice, feed the hungry, or get a copy of the Gospel into a neighbor’s hands.

They even gave their own lives to save their neighbors when the Hutus, or the Nazis, or the militant Islamists, or the communists—or even other Christians with different theology—came to take them away. These faithful ones lived the way of Jesus when it cost them everything. That’s part of church history too.

Unlike some, I don’t struggle with belief in God, or the importance of spiritual community, or the idea that there is such a thing a truth. Those are important questions. I’d be happy to take any of them up with you if you’re still with me after everything I’ve said so far. But those questions seem academic to me in light of where my struggle lies.

Here’s what embarrasses me.

The real scandal?  Let me tell you a story.

I was a young team member at a large church many years ago. In the course of planning events, I needed to reserve the church kitchen.  What’s a youth event without food, right?  (It’s the youth pastor hanging out by himself, that’s what.)

But the kitchen was the personal kingdom of a long-time church member. Over the years he had built for himself sharp and enormous influence. Use the kitchen without his permission, or fail to clean it up correctly, or and you would pay the penalty. You should have seen the fireworks when I hosted a junior high tie-dye party in that spotless kitchen!

The Kitchen Lord would spout angry speeches at board meetings. He installed locks on the cabinets only he had the keys to. We would spend extra money to bring food in for youth events rather than use the kitchen, just to avoid him.

He was out of control, but no one seemed to be bothered by it. “This is just how he is,” they’d say. “You learn to work around it. We’re so thankful to have someone who cares as much as he does.” No one ever challenged his behavior.  This man was a life-long Christian, a several-decade-long member, and leader in this church. No one was asking, “Why isn’t he growing? Why isn’t he becoming more like Christ?”

This, to me, is the shame of the Christian church.  It’s not the scandals the media find shocking. It’s not asking people to believe in miracles. It’s this:

If we believe knowing God transforms us, why aren’t we seeing it happen?

Why do we put up with the same old programs and events that bring about no life change?  Why do we allow people like the Kitchen Lord to go year after year without anyone inviting them to grow?

If we aren’t, that is the biggest argument anyone could make to set Christianity aside.

It’s time for the church to stop telling other people what to do and how to live. We have no credible platform for that message. Not until we start growing up ourselves.

This is why intentional spiritual living matters.

Are we serious about living a new way?

This is why intentional spiritual growth matters to me. The old word for this is “discipleship.” A disciple is an apprentice in a new way of living. The life of Jesus doesn’t just rub off on us. By grace, we’ve been made new, our sins are forgiven, and we have a new identity and new destiny.

So, I’m committed in my own life to seek a deeper relationship with Jesus. In this relationship, I give God access to change me, but I don’t leave it at that. I actively participate. I want to practice what I learn from Jesus because I believe it really is possible that I can grow and be changed.

Previous: 4 ways not to wreck your life (Life lessons from a motorcycle)
Next: Mary DeMuth & Sexual Abuse: An Untold Story Never Heals

20 thoughts on “Why being Christian embarrasses me”