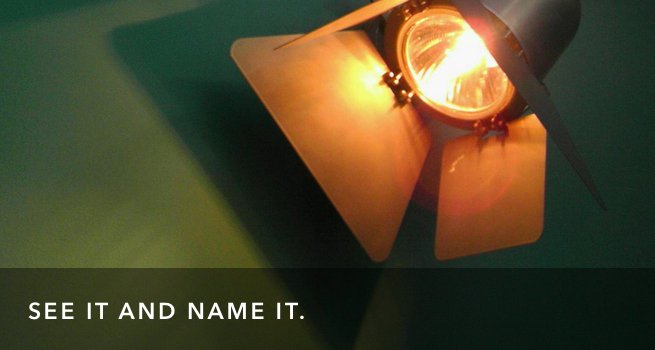 No, that’s not true. I’m writing a blog post, so I must have more to say. But, seriously. Ugh.

I’m in a battle, fighting hard. A project of mine is at a crucial juncture. This past week, though, creeping doubt has been stalking me.

If I don’t deal with it, it could derail me. Maybe you’re there too with fear taking up residence right when you need to move forward.

We need to evict it!

Hard-pressed by the resistance.

Steven Pressfield calls this kind of fear “The Resistance.[note Here’s a great post by Jeff Goins on this subject. You can pick up Pressfield’s book that talks all about it here. It’s there to undermine you. It wants you to settle, to step back from the edge of trying something new or hard.

Let me back up. Here’s some context to my struggle. This past year has been slowly shaping my focus. By writing, sharing and interacting with you online, I’ve been getting clearer about what I’m doing here.

I believe God made you and me for a good and beautiful purpose. I believe growing up—spiritually, emotionally, relationally—is a vital part of that purpose. I create content, and hopefully a community around that content, for people who want to experience this growth.

In over eighteen years of ministry experience, I’ve learned this: People don’t grow unless they want to, and want to enough that they will make intentional changes in their lives. Is that you? If it is, I’m writing for you.

As this focus has come clear, new ideas have been boiling to the surface, faster than I can catch them. The first one I’ve been working on this summer is an online course. It’s an experiment, something I’ve never done before. But it lines up with who I am and what I’m doing here.

The content of the course is vital for an intentional spiritual life. The working title of the course is “How to read the Bible to hear God without having to be a legalist, a theology professor, or a crackpot.” Too many people are intimidated by the Bible or struggle to find application for their lives. When I think about helping people over this hurdle, I get excited.

That’s when the resistance shows up.

What demons are tormenting you?

As I get closer to getting this thing out of my head where others can see it, fear has crept in, whispering insidious questions. Each question piles on anxiety.  As the anxiety has grown, it’s been easier to look away from this thing I want to create. It’s been easier to work in the yard or watch TV. That means the resistance has been winning.

I’m going to name those demons. I’m going to put my insecurities in the spotlight, where you and I can both see them for the empty scarecrows they are.  Then I’m issuing eviction notices. Here they are.

Fear of Being Dismissed says: “People will think this is a silly idea.”

I say: That’s probably true. Some will, but I’m not writing for them. Out there somewhere are some folks who want to grow and would love some coaching in how the Bible can help. The internet is a big place. Are there a thousand people who want this? A hundred? Ten? That’s who I’m writing for.

Perfectionism says: “You’ve never done this before. You can’t make it good enough.”

I say: Can’t get better if I don’t try! There are too many dead projects in my closets because I was afraid they wouldn’t be good enough. I’m not shooting for perfection anymore. My target? Good enough to ship.

Fear of Invalidation says: “Who are you to think you can teach someone about the Bible? No PhD. No Masters. That’s a joke.”

I say Yea. I am sad about not having an advanced degree. But, I have more than eighteen years working hard at this stuff. I’m the world’s expert on my own experience. I can pass on what’s worked for me. That’s worth sharing, even without a gold stamp attached.

Fear of Conflict says: “Man, you’re opening a can of worms. Here come the haters.”

I say: I know. The more clear my point of view, the more criticism I’ll draw. The last thing I want to do is get into theological debates with people online (or worse, be told I’m not Christian enough… What they did to Rob Bell, it made me sick. I so resonate with his response.) On the other hand, the loudest Christian voices today are pushing a perspective that’s hurting people, that’s pushing people away from God. If I believe something different, am I responsible to share it? I think so.

Insecurity says: “You’re kidding yourself if you think anyone is going to pay money for this.”

I say: Maybe I am. I don’t know. But consistently I’ve seen that people don’t grow unless they invest. On top of that, part of my dream is to be able to create enough income through my writing and speaking so I can release part (or all!) of my salary back to my little church, so more ministry can be done.

I’m ready to cross the line.  Are you?

Each of these questions is just another way to make the same accusation: You’re going to be rejected! I might be. You might be. That’s the line we have to cross. Maybe I will be rejected. Maybe my project will be a flop. Maybe yours will be too.

But maybe it won’t. Then something amazing will happen. Something new will be brought into the world that was not there before. So, I’m crossing the line tonight. I’m evicting these fears and moving forward.

I want to invite you to do the same thing. Is there a project you’re dawdling on because you’re afraid of taking the next step? Is there something God wants to create through you? It keeps coming up in your heart, but it feels too big for you like you’re not enough?  Is there something that needs doing? Some relationship that needs to be reconciled? Some person who needs to be served? Some act of advocacy that’s needed? But you’re stuck because you’re afraid your efforts will be rejected?

Then do this: Name the fears that are standing in your way. Acknowledge the truth they carry as well as the lies they push. Name them and then evict them. Cross the line. (Here’s more help if you’re still feeling anxious.)

Let me know when you do. I’ll be cheering you on.

Previous: Unclear about your direction? Pick a Fight.
Next: Warning: Changing your circumstances won’t give you peace.

13 thoughts on “Evict fear by shining a light on it.”