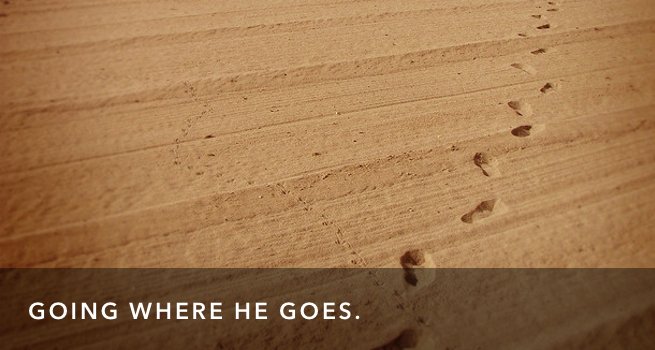 Something was different about those first followers of Jesus.

What was Jesus’ invitation?

Did you know that following involves doing?

Today churches and spiritual leaders of all sorts make a variety of invitations. Give money and your problems will go away. Be more moral and God will bless you. Learn the secret and your life will be prosperous.

The word has gotten mushy these days with social media. Now you can be someone’s follower and never actually follow them. You can read their status updates. You can “like” what they have to say, But you don’t have to live like they live. (I imagine that would slow down the growth of some people’s Twitter accounts pretty quickly!)

Yet, that’s what the word means: To follow after, to go where the leaders goes. To act like the leader acts. To live like the leader lives. That’s why those first Christians didn’t call what they were doing a religion. They called it “the way.” It wasn’t just believing something new. It was doing something different.

Listen to these passages of scripture that talk about following Jesus, and notice their emphasis.

The passage also points out one particular thing Jesus did. He suffered for us. That’s the specific example in this text. And Jesus talks about that too.

So following Jesus means giving up our lives. That means setting aside our rights, what feels fair, our entitlements, our expectations.

Is Jesus your way?

If we take this invitation seriously, there’s no way our lives can look the same after we decide to follow Jesus. Just no way.

Now you might be asking right about now, “Where’s the Grace, Marc? Doesn’t the Bible say that we don’t have to earn our place with God? What’s all this talk about doing?”  You’re right, and in my next post, we’ll talk more about that.

That’s what made the lives of those first followers so different from the world around them. For them, Jesus was the way.

Previous: Following Jesus: It’s Not Just Believing
Next: I believe in Grace but is effort legalistic?

17 thoughts on “Following Jesus: It’s Something You DO.”