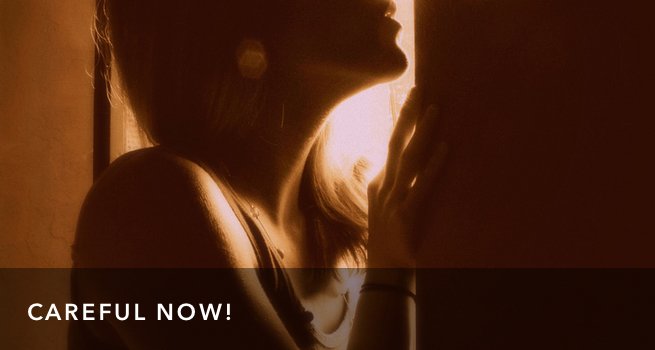 “Whatever you do, don’t make an emotional decision!”  How many times have you heard that advice?  It sounds wise.  After all, how many stories do we know of people who followed their emotions right off a cliff?  We know of people who lost everything following anger or lust or greed.  In a moment, emotions spike with intensity and you act, often in a ways that are short-sighted, sometimes even self-destructive.

In an effort to protect people from making life-altering bad decisions, parents, teachers, pastors and counselors, have given this advice that has become “common sense.”  At best the emotion clouds the issue.  At worst, it will lead you in the wrong decision.  And if you’re a Christian, it’s sure to lead you into sin.

Turns out none of this is true.

This perspective is all left-over baggage from the Greek philosophical heritage of western culture.

Greek philosophers taught that humanity, even the world, was made of up two separate parts.  Matter and Spirit.  Matter was the stuff we could see and feel.  It was the earth.  It was our bodies.  It was weak, distracting, and even evil.  Spirit was the stuff we couldn’t see.  It was our souls, and the invisible framework behind the universe, the logos.  This is the core of ancient Greek dualism.  It shaped philosophers and thinkers for the next millennia.

When the Christian church grew beyond its Hebrew roots into a trans-national, trans-ethnic community, theologians were quick to grasp onto the intellectual tools of the more cosmopolitan Greeks.  But as is always the case with any cultural translation, something was lost.

Today people, both Christians and non-Christians, largely think that the Biblical view of humanity is dualistic.  We have bodies and souls.  Our body is our flesh.  It’s biological.  It’s a vehicle our soul uses for the duration of this life.  When this life is over we shed the body and our true nature, our soul, is freed.  But this is not the earlier Hebrew view and it’s surprisingly not what the Bible teaches.

A Detour in Creation

In the Genesis story of beginnings, God created humanity this way.  God formed humanity from the dust (human, from the word humus, which means dirt), and breathed into them the breath of life.  At that point, the text says, man “became a living soul.”  That’s Genesis 2:7, Well, in the old KJV.  The Hebrew word is nephesh.  It does mean soul, but when we read that word we’re hearing the meaning through a couple thousand years of dualistic Greek philosophy.

In the Hebrew, this word essentially meant “being” or “self.”  The current NIV, for example, recognizes this and translates the phrase, “man became a living being.”   A literal Hebrew reading could be, “the human became a self.”

So, why this detour through Genesis 2:7?  What you think about your emotions has a lot to do with this verse and Greek dualism.  Greek Philosophers located the emotions in the body, the fleshly part of us.  And that meant they were bad.  The church took up this view and has marched on ever since.

Your soul is the good part of you, made by God and waiting to break the bonds of flesh and sin.  Your body is the sweaty, lust-filled, bad part of you, and it must be subjugated, disciplined, and where that fails, simply ignored.  Sound extreme?  There are a few centuries of medieval self-flagellation, another century or two of misguided puritanical preaching, and the “common sense” of countless mothers and pastors represented in that sentence.  The result is a perspective that reason is more lofty, and more likely to guide us well.  Emotions are base and not to be trusted.

But the Hebrew and Biblical view is not dualism.  God created humans as single unified beings.  He made a body for them from the earth, He breathed into them life, and when these two things came together, the human became a living self.  Your body plus God’s gift of life equals a soul.  You don’t have a soul; you are a soul.  That means that emotions can’t be segregated off into one part of you.  Surely emotions have to do with your glands and your body, but your body is a part of who God made you to be, and God declared it good when he made it.

The interesting thing is that this ancient theology is now being mirrored by people who study the body and the brain.  For many years neurologists have studied the brain as a black box, something separate from the body.  It was almost like they believed that if you could keep the brain alive in a jar, you would still have essential human awareness.  But neurobiologists today are telling a different story – that the brain and the body are intricately, intimately connected.  The web of nerves conveying electrical impulses, the network of blood flow carrying various chemicals and hormones, all of this is part and parcel of the brain and body.  Without the brain, the human body couldn’t be what it is.  Without the body, there could be no brain.  So cutting edge researchers who used to study the brain exclusively, are now pursuing their study of the brain as a part of a larger context.

Emotions can also lead you into Godly heroics.  Those same pastors who were warning us growing up not to follow our “urges,” were telling us to obey the guidance of the Holy Spirit.  Well, what does that feel like?  It feels like an “ought” that’s heavy on our hearts, essentially an urge to do right.  That holy urge even has a name among the old-school charismatics.  The Unction.  That’s when God moves on your heart – and it’s not rational.  The unction has been a powerful force in the world.  It’s more powerful than doing what’s right as a duty, or because you’ve done the profit/loss calculation.  It’s more powerful than doing something because it’s what the Bible says, even when the words of the Bible underlay the decision and guide it.

Missionaries who pack their families off to remote lands on the hope that they might do some good, counselors who give their lives to working with the mentally ill and addicted, families who take in foster children despite the high emotional cost and risk, people who face down inner pain and approach someone who victimized them offering forgiveness, these are all acts that require passion, and sense of “ought” that’s deeper than a duty.  Even Jesus shows us this.  In the garden, he had a decision to make about what was going to happen next.  Did he do the right thing?  Sure.  Did he do his duty?  Absolutely.  But Hebrews 12:2 says that Jesus endured the cross for an emotional reason too: “for the joy set before him.”  He had a real emotional reaction to the good that he would do by making his sacrifice, and even though he felt other painful emotions anticipating the pain and loss, it was remembering this joy that in part motivated him forward.

God gave you your emotions.  They are as important in your life as your reason.  In fact, people who study cognition are saying that you can’t really have good decision making without both. (More on that amazing find later.)  Emotions are purposeful.  They are meant to move us, push us toward action.  The can move us toward sin.  But they can also move us towards sacrifice, towards generosity, towards righteousness.

Previous: Myth #1: God’s Not Emotional.
Next: Get a great speaker

5 thoughts on “Myth #2: Emotions Will Lead You Astray.”