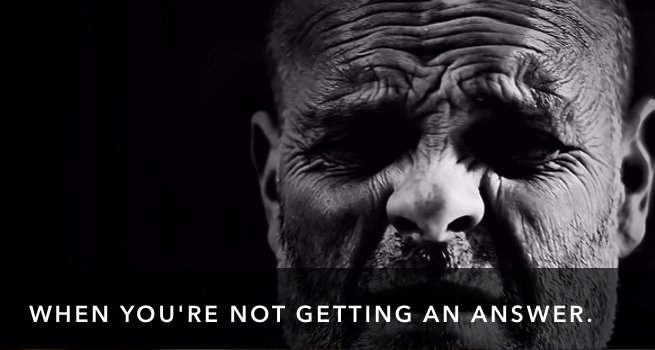 Easter has passed. For a few days my Facebook and Twitter feeds were a cascade of happy, enthusiastic pictures. Choirs with arms raised high. Pastors declaring the end of death and offer of salvation. I saw just about all the stock pictures of tombs with the stone rolled away that there are.

I’m not faulting the enthusiasm of Christians over Easter. I mean, if what we believe is true, then this holiday commemorates the moment that changed everything. Sin and Death are dead! We don’t have to be bound by judgement or shame or fear. We can live in this world with an optimism that surpasses our circumstances. That’s an incredibly hopeful story.

But I know that the pastel happiness of Easter isn’t always welcome—even for people who believe in Jesus’ resurrection.

What if, in this season, your personal story isn’t all that hopeful? The wave of Christian happiness can overwhelm. You’re trying to hold onto your belief in God’s power of the resurrection while sadness or disappointment threatens to drag you back out into the deep.

Some days Easter is hard to take.

Honestly, you want the bright colors and glory rays of Easter to flood your life. But in this moment, that’s just not the color palate of your heart.

Easter is good theology, but there are days when it’s really hard to practice.

If that’s your story, I want you to know that Jesus has not left you in that place alone. There’s a brief interaction toward the end of the Easter story. It’s often overlooked or just left out, but it hold God’s promise for the broken-hearted, the doubting, the ones for whom Easter just doesn’t feel real.

It comes after the crucifixion after Jesus’ friends had run and hid. It was after his resurrection after the women had found the tomb empty and got the message. “He’s alive. He’ll meet you in Galilee.” A few of Jesus’ apprentices and friends were gathered in the same upper room where they shared that last Passover meal. Still hiding. And yet, even though the door was locked, Jesus walked right in!

Like so often happens in life, the guy who really needed it most wasn’t there. Thomas missed it. Maybe he was out buying groceries or just needed to take a walk and clear his head. Maybe he was asking God why all of this had happened. But he missed it.

Of course, when he got back, everyone told him. I bet he felt like he lost the lottery that day. In frustration and a little bitterness, he declared, “I don’t believe it! Unless I see the marks in his hands, I will not believe it.”

That’s sort of the dividing line for Easter. For some people it feel like the moment of seeing. When you see who Jesus is and what Jesus has done? When you really see it, you’ve got to celebrate! But then you’re around people who didn’t see it. And your celebration? It’s hard for them. Then an incredible act of mercy unfolds. First for Thomas, and then for you. You can catch the whole story in John 20:24-29.

A week later, they were gathered again, and this time Thomas was with them. Even though they were still hiding, Jesus walked in again. He gave Thomas one of the most direct answers to prayer we see in scripture. He walked over to Thomas and told him, “Look at my hands. Look at my side. Touch my wounds. It’s what you asked for.” Of course, Thomas believed; He saw.

That is not the end of the story. Jesus responded to Thomas, but then he reached out past Thomas and spoke to you.

Jesus said, “Because you have seen Me, you have believed.[e] Those who believe without seeing are blessed.”

What if you don’t get an answer?

Thomas has missed his chance to see, and was left with frustration and questions. Yet, he got his chance. Jesus walked in and he got to see. In that moment, Thomas (for all of his questions) joined in the Easter celebration. Thomas was a doubter, but Thomas got his questions answered. With that answer, he was able to see and accept God’s presence in his life.

Yay for him! Not everyone gets Thomas’ experience. Some of us get no answers.

Thomas’ experience was a theophany. Be clear though. Thomans never moved from doubt to faith; he moved from faith to knowledge. That’s something something we could all wish for, but it just doesn’t happen all that often.

Maybe you’re more like me than like Thomas. Maybe you’re not getting the theophany moment you long for. Your questions remain. Some days we might feel like God has given us a little comfort, or a fingernail-thin sense of presence. Some days we read the Bible and think it’s possible that God might be speaking to us through it.

But when we see other celebrating the nearness of God, our truth surfaces. We haven’t gotten to touch the very answer to our question. The band can play loud and the lights shine bright. Pastors can speak with authority and optimism. People can force their smiles on us and still, our question has yet to be resolved.

If that’s you, then you are the person Jesus blesses in this moment.

Blessed are the ones who hang on without an answer.

Blessed are the ones who wrestle instead of retreating.

Blessed are the ones who carry the ache of an unanswered prayer, and still press in.

Blessed are the ones who know they don’t know, and still choose as best they can to trust the character of God.

Maybe the Bible character you relate to most is that panicked father who thought he was losing his son, “Lord, I believe! Help my unbelief!” If that’s your story today, know this:
When Jesus gathered with his disciples in the upper room—after his resurrection, after the devil was beaten, after death died, after an angel kicked open the tomb and the glory rays of resurrection flooded into human history-after all of that, Jesus blessed you.

You may not get to touch the crucified hand, not until eternity. You may not get the theophany you ache for. You many not ever get the answer to the question you’re asking. But there, in your valley of the shadow, you are still choosing as best you can to trust.
Jesus sees you and Jesus blesses you.

Previous: Quote – Doubt is not the opposite of faith.
Next: Quote – Struggle with God