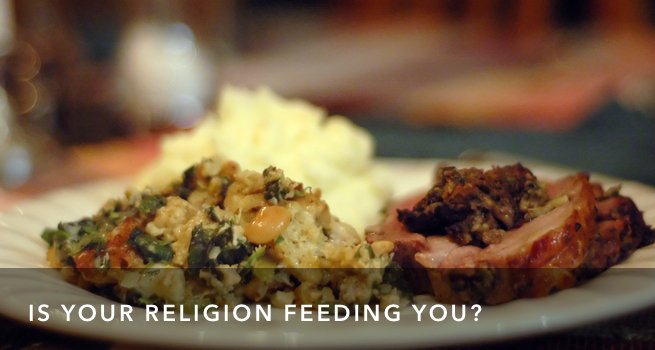 I was juggling the preparations for a Bar-B-Que. Onions and mushrooms were caramelizing on the stove top. On the grill, Burgers were starting to cook. I was bouncing between setting out the sides, rooting out long forgotten condiments from the back corners of the fridge, and cutting tomatoes.

Just then, my ever-hungry 6 year-old walked into the kitchen. He saw the half-watermelon sitting on the cutting board. He saw the 10” chef’s knife sitting beside it. He slid his step stool over to the counter, and took up the knife in both hands, intent on carving himself a snack.

So began my son’s first lesson in knife skills. I asked him to wait, while I rescued the burgers and sauteing mushrooms.

Then we talked about knives. The parts you can touch and the parts you can’t. Where to put your hands. How to look all the way through the blade to the cutting board, so you know exactly what you’re cutting. Noticing where all your fingers are before you start. We talked about a gentle forward push, rather than whacking and chopping.

He won’t remember most of it; we’ll go over it again. But he will remember that he’s crossed a threshold. Now, if he has my permission, and I’m in the room, he can practice using the knives. And if I’m not in the room, he may not touch them at all.

A number of these folks, that I look forward to seeing every week, grew up in fundamentalist church homes. They learned about God like color-by-number painting. Red goes here. Blue goes here. Always pray. Never lie. Color in the lines. Don’t ask why. It’s not uncommon in our conversations to have to deconstruct those early lessons a bit.

But Knife Skills aren’t the point.

It occured to me that much of what we learned growing up was a lot like knife skills.

Knife skills have their place. They keep you from hurting yourself or others. But knife skills aren’t the point. They’re just a building block. You learn knife skills so that, first, you can feed yourself. Then later you can go on to feed other people.

It would be strange to visit a resuarant where the most important thing was the knife skills of the chef. It would be a travesty if you attended cooking school and all you learned were more and more refined knife skills. Yet this has happened for a lot of religious people.
The whole experience of their religion has been reduced to knife skills. Do this. Don’t do that. Pray like this. Believe that. Live this certain way so you can avoid this terrible outcome.

But sometimes — in some communities, or with certain people — that’s all there is.  They never graduate. Because their focus is constantly on the knife skills, they never move on to feeding themselves, or better yet, feeding other people.

They think that what God cares about most is how good they are with the knife, how fast, how careful, how perfect their technique. They live in communities where exemplary knife skills are the certain path toward affirmation and inclusion, even leadership.

Previous: Weekend Wisdom / Share What You’ve Been Given
Next: Are you afraid of growing?

2 thoughts on “Is your religion feeding you or is it just knife skills?”