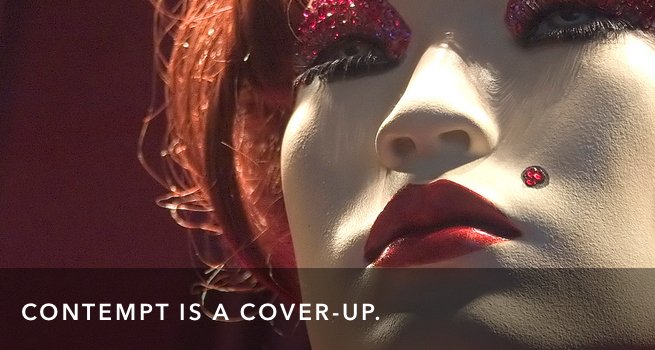 Today’s post is a special contribution from a guest, Sharon Mavis. She and her husband Rick are fascinated by the connection between spiritual and emotional maturity, so her writing is right up the alley of what we talk about here.  You can find more about Sharon below the post.

“I need to hide. There is something fundamentally wrong with me. I am a freak.”

Those ugly thoughts used to be triggered when I was around attractive, confident women wearing expensive clothes. If they were arrogant, the effect on me multiplied exponentially. The feeling was shame. I knew exactly where it originated.

Elementary school for me was in rural southern Indiana in the 1950s. My dad was a farmer who also worked a full time job, driving a truck for minimum wage. In the middle of my eighth grade, our family moved 500 miles to Michigan for my dad to work in an automobile factory. I transferred into a sophisticated high school. I could not have felt more out of place: like a Beverly Hillbilly, except I was poor.

My Hoosier accent and handed-down clothes branded me. Plus, the culture was a shock: I had never seen a football, balance beam or indoor swimming pool, or eaten pizza. This new world was as foreign to me as the farming world was to my classmates. Picture the contrast: cheerleading and pep rallies versus rendering lard on an open fire in the driveway on butchering day – radically different.

I went from seeing myself as an “A” student from a family with little money to someone who was a freak. I was ashamed of who I was. Do you relate?

Shame is a universal emotion, going back to the nakedness of Adam and Eve. However, it is not limited to physical nakedness. Emotional nakedness qualifies, too. It is the feeling I had of being fundamentally flawed: “There is something wrong with me.”

Shame isn’t about what we do, about messing up or getting it wrong or breaking a rule; that’s guilt. Shame is deeper and more personal. It is about who we are. It is feeling unlovable or unacceptable because we don’t deserve love and acceptance.

Most of us live with little awareness of our shame even though we all experience it. Guilt, we understand. With guilt, we know we did something wrong. Shame can be under the radar. Even if we aren’t aware of our shame, we live in ways that will disguise it or cover it, all of us.

Where do we hide our shame?

Many of us hide our shame within contempt. This covering of contempt is an attempt to prevent ourselves in our flawed state from being exposed. We feel emotionally naked and vulnerable.  Our contempt can be directed inward, known as self-contempt. Or it can be directed toward others, other-centered contempt.

Consider this scenario: A woman volunteers to lead a ministry at her church. It is publicized but no one comes. Shame is possible in this scenario. Depending on what she believes about herself, which depends on previous life experiences and the messages she took from them, she may harbor several shame messages leading her to hide her heart.

If her bent is toward self-contempt, she may “beat herself up” with condemning self-talk:

If her bent is toward other-centered contempt, she may blame or denigrate others because no one came.

In my case as a transplanted high school student, I covered my shame with self-contempt. Internally I called myself names like “freak” and “weird.” I hid by not engaging with other people to save myself from the pain such interactions could generate. I saw myself not only as “different” but as inferior, not worthy of love and acceptance.  Have you experienced this?

Having experienced shame and our response to shame, which is contempt, where do we go from here? Where is the hope?

From the isolated place of shame and contempt, I have a choice to make. I can live there, continuing to protect myself from more pain, or I can risk. I can risk moving toward others. More important, I can move toward God. I can quit trying to manage my own shame.

This facet of my redemption story included sharing my story with others in a safe setting. They countered my self-contempt with words of truth. They affirmed how God saw me, not as a freak, but as his own beautiful daughter, cherished and precious to Him. They dismantled my shame. My self-contempt began to subside. I began to tell myself God’s truth about who I am.

Previous: How do we learn from Jesus when Jesus isn’t around?
Next: Is your day your property or someone else’s? (Why you need a FTF routine.)

20 thoughts on “Are you hiding your shame with contempt?”