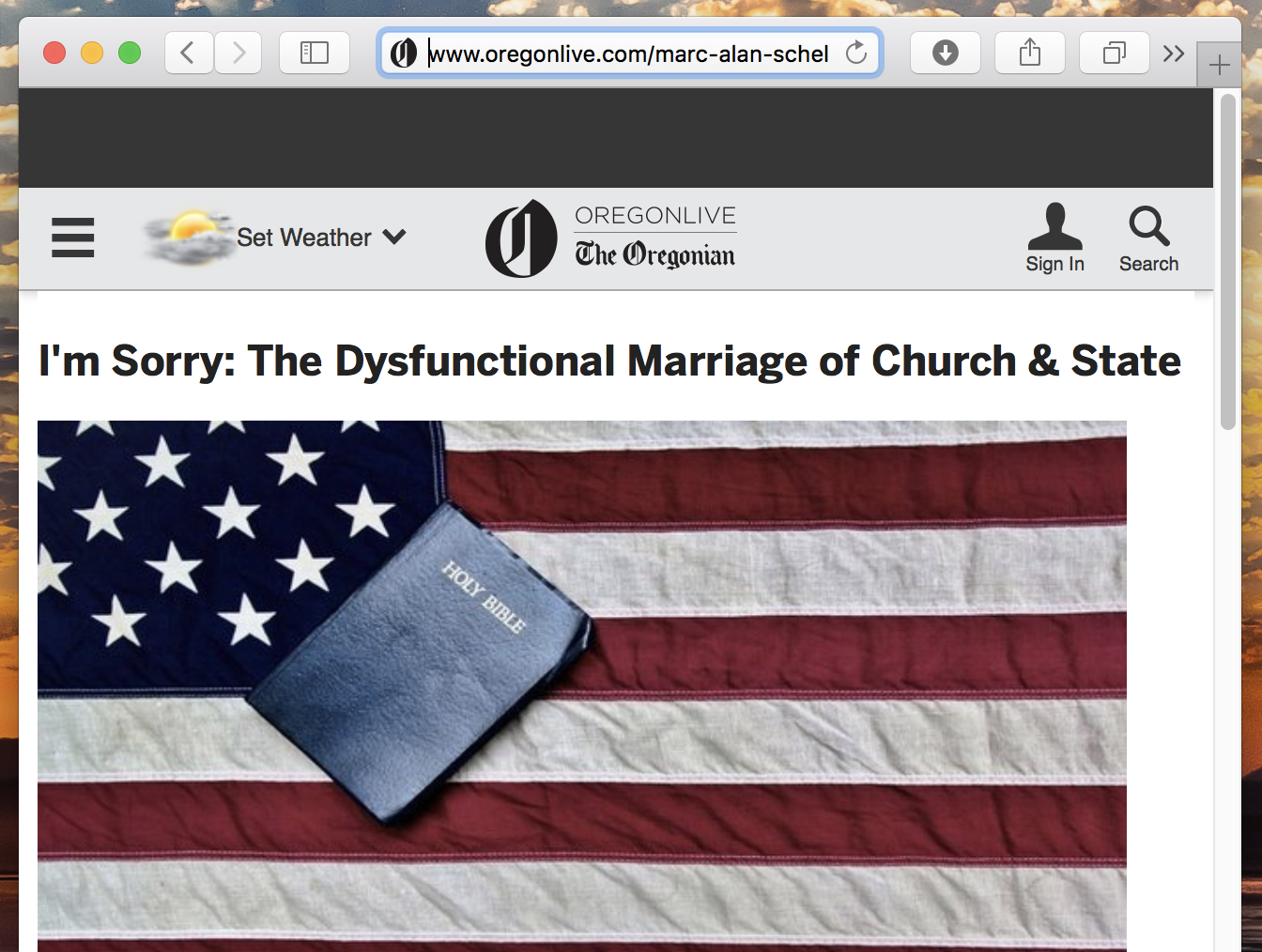 I’m continuing my series over at the Oregonian. Apologies for ways the church has stepped away from the way of Jesus. I’m hoping to be one of many who are working to build a new kind of church in America.

One familiar scene in Jesus’ life is essentially a political rally. Returning to Jerusalem for the last time, he was greeted by crowds of adoring fans. Lining the streets, they shouted his name, waved palm branches, even threw their coats on the ground creating a patchwork red-carpet.

The crowd hailed Jesus as the Messiah. They expected him to make Israel great again, to bring hope and change. The people were tired of paying Roman taxes, sick of being morally policed by the over-bearing Pharisees, looked down on by the liberal elite Sadducees who were in the back pocket of the Romans. Perhaps Jesus was the new king who would make everything better.

I’m a follower of Jesus. I honestly think if more people followed Jesus’ way, the world would be a more generous, more just, more loving place. But I also know folks like me have a profound temptation—the same temptation that shouting crowd was experiencing. We think to ourselves, “If only good people like us could be in charge, think of how much better the world would be.”

Previous: What’s God’s purpose for personal growth?
Next: Four fears that will keep you from growing.

2 thoughts on “I’m Sorry: The Dysfunctional Marriage of Church & State”