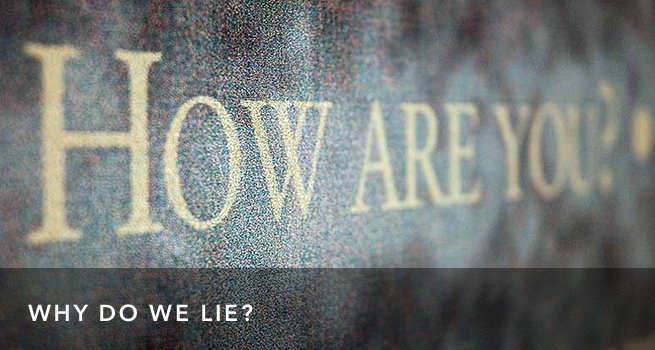 I asked, “How are you?” They responded, “I’m Fine.” Only I knew that wasn’t true. It’s happened more times than I can remember.

It’s an easy response to give and I don’t hold it against them. A perfectionist knows how hard it is to be anything less than shiny. But this tendency is a bigger problem than you might think.

The pancake griddle that didn’t tell the truth.

I was picking up supplies for a church event this week when I came across a box. It’s for an electric griddle. It drew my attention because I have this very model in my own kitchen, but something about the picture didn’t seem quite right.

A little later I came across that box again, and when I looked at the picture, I suddenly figured out why it seemed strange.  Take a look at the picture below and see if you can figure out the problem. I’ll wait…

In the picture on the box, the griddle’s in action. There’s pancakes and sausages right there, freshly cooked up. You can practically smell the breakfast goodness.

Except that there is no way those pancakes and sausages were cooked on that griddle. How do I know?

Because I’ve used one exactly like it and it never looks like that. The surface of the griddle is completely clean. No sheen of oil. No crispy-cracklins’ from the last round of sausages that are now over-cooked. No random drips of batter on the handles hardening into cement-grade batter barnacles.

Someone cooked up these pancakes and sausages on a different griddle and then transferred them to the “photo model,” arranging them neatly for the picture.

I chuckled at this thought. The moment I realized what they’d done, I knew I’d done it in my life as well. I love for people to see the outcome of my life and choices, but I don’t necessarily want everyone to see the messy process that it took to get there.

I’m not the only one.

We’re all trying to show off the beautifully clean photo-model griddle with picture-perfect round pancakes and perfectly browned sausages.  “Hey, everybody!  I’m fine!” *grins*

The truth is our pancakes are weird shapes, our sausages are burned at one end, and the griddle probably wasn’t cleaned that well the last time we used it.  But we don’t want anyone to know.

You can either be real or shiny. Not both.

Do you see this tendency in your life? Bending the truth just a little so that things seem cleaner than they really are? Relating to others through “press releases” that summarize the best of what’s going on for you, rather than the truth?

This is keeping you from the kind of growth you really want to have!

Here’s what you need to know: Telling the truth is the gateway to your growth. Trying to portray your life as better than it is is a form of denial. All the energy you put into making things look perfect is energy and time that could be invested in growing, or even in enjoying your life.

Instead of pretending, you could be growing!

Whether you want to grow personally, find emotional healing or have a more engaged relationship with God, telling the truth is the gateway. Confession opens the door to relational reconciliation with others and with God. It even precedes healing! Repentance allows you to rebuild trust and credibility after you’ve blown it.

The more we live in alignment with what’s true, the more space we give God to work in us. There’s just no other way. God is truth and just doesn’t spend much time in places where the truth is covered up.

Previous: Good news! You don’t have to earn access to God.
Next: A Little Blog Self-Reflection & my Top Ten Posts