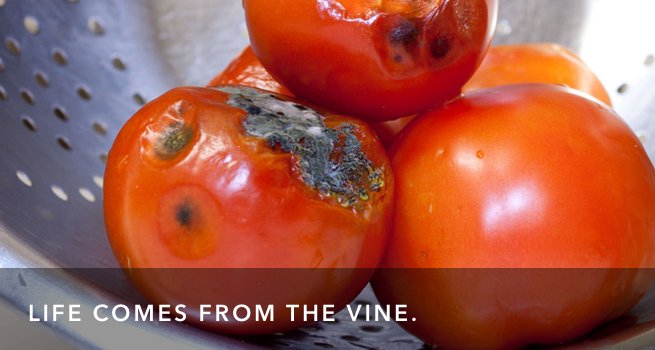 Are We Missing The Point?

John 3:16. Everyone knows it, right? This verse is predominantly printed on highway billboards and signs held high in the end zones of football games.

Why? Because John 3:16 gets used pretty much exclusively in the context of “getting people saved.” It’s a part of any gospel presentation worth its salt.  It’s been said that these couple of sentences are a summary of the entire Gospel message.

Yet, in context, Jesus wasn’t speaking to a pagan in need of salvation. He was speaking to Nicodemus, deeply religious person who already had a relationship with God. Like Nicodemus, those of us who’ve spent a lot of time on the inside of the church run the risk of hearing Jesus’ words through the filter of what we already know. When we do that, we very likely will miss the powerful things that Jesus is saying to us. (Like this one: “Hey, stop trying to control God!“)

One of those messages that we “already know” about John 3:16 is that this verse concerns end things–judgement, salvation, and who will ultimately make it into heaven. That’s the reason we share this verse with people who aren’t Christian, right?

Maybe Jesus wasn’t talking about what happens when you die.

I happen to believe in heaven and the idea of a final judgement for each of us, and yet if I read this passage with that filter in place, I’ll miss something really important. See, Jesus wasn’t talking about that. At least, he wasn’t talking only about that.

In his conversation with Nicodemus, Jesus was contrasting two different ways of living, with two different outcomes. Here’s the verse in the NIV.

For God so loved the world that he gave his one and only Son, that whoever believes in him shall not perish but have eternal life. John 3:16

How about some Eternal Life today?

First, let’s think about eternal life. In the New Testament that phrase doesn’t just mean living forever. That’s what most people think, but it’s not a complete picture. The word in the text here is aionios. It can mean “without end,” but that’s not it’s primary meaning. The word is not a measurement word, like “We have a gallon of milk.” The word is a quality word.  It’s more like, “We have rich milk.” Gallon is a measurement word. Rich is an indication of quality.

So, Jesus says we can have this aionios life.  Does that mean we get a life that goes on and on and on?  It seems so from the rest of scripture. But more importantly, it means that we can have a life that reflects the qualities of God’s character, that we too can live a life that is just and gracious, loving and merciful, life-giving and creative. This is, in fact, the life we were made for.

What’s so stinky around here?

But this is not the only option. There’s another kind of life. It’s one we all already have. The perishing life. Just like with eternal life, we bundle this up and make it all about what happens at the judgement. But that’s not the whole picture here, either.

The Greek word translated as “perishing” is appolumi. It means that something is being ruined, or being made useless.

It’s fair to argue that death is the ultimate form of uselessness, but it’s also fair to point out that death isn’t the only way to make your life useless. An appolumi life is one in the process of being ruined and losing its God-given purpose.

Think about the English word, “Perish” for a moment.

That word doesn’t show up very often in everyday conversation. About the only place we find it these days is at the grocery store. There we find perishables, like milk, bread and tomatoes. Why do we call them that?  Because they all have an expiration date. They are going to spoil. Why?

Because they are no longer attached to their source of life. A tomato on the vine is healthy. It can keep growing and ripening because it’s getting the nutrients it needs. But a tomato in the grocery store is perishing. No matter how beautiful it looks, it’s already dying. It’s no longer connected to the vine that gave it life.

If you aren’t connected to the vine that gives you life, you’re perishing.

This is the distinction that matters. God created us for an aionios life, an eternal kind of life where we’re connected to Him in creative, loving, powerful ways. That life was meant to last forever.

But when we get cut off from that source, we become perishable. We’re dying and the effects of death are already taking hold. We bruise easily. There are parts of us that go bad. Our characters start to stink.

You can choose which life you want today for today.

Live in such a way that you stay connected to the vine, your Divine source of life, and you will be living an eternal kind of life. Live without that connection and you begin to perish. Even if you’re a good person, even if you do all the right things, even if you’ve said the “sinner’s prayer.”

The only way we stay fresh, the only way our lives take on the qualities of eternity, is when we stay connected to the vine that gives us life.

Note: This post is the core of a sermon of mine.  If you’d like to hear more, including more of the Biblical background, you can watch it here, on Youtube. September 22, 2012,  “A Perishing Life or an Eternal One?”

Previous: God’s only motivation? God’s love.
Next: Why Church? Because of This Picture.

5 thoughts on “You might be perishing, and why that stinks.”